Here is another video review of ultimate frisbee hucking technique, both forehand and backhand.

This episode features Alberto from Italy, who already appears to be getting some decent distance – though it would have been even better to see multiple angles of his throw. With a view from behind I would have also gotten more of an idea of how the disc was behaving in flight, which tells me what kind of spin he’s able to put on the disc.

Alberto’s forehand could improve by preventing his wrist from turning over on follow through. This would allow him to preserve that “IO” (inside out) flight angle, which is key for learning how to throw longer forehands in ultimate frisbee.

Adding some shoulder tilt and adjusting his posture to lean out more to the side, and less back, will also foster a more aggressive IO release angle and buy him that extra distance.

On his backhand, Alberto’s main area for practice will be keeping his spin rotating on axis. This will allow him to add more rotational speed. If he wants to play around with footwork to gain added distance, he should experiment with crossover steps leading into both throws. This will help his pulling distance, as there is no need to establish a pivot. During his backhand pull he can also lift his trailing foot to allow his body to rotate more freely, increasing range of motion and subsequent power development.

If you’d like to see a technical breakdown what you can do to improve your throw (and help support the free content I publish), consider investing in your own custom throwing technique video review!

How to Jump Higher in Ultimate Frisbee 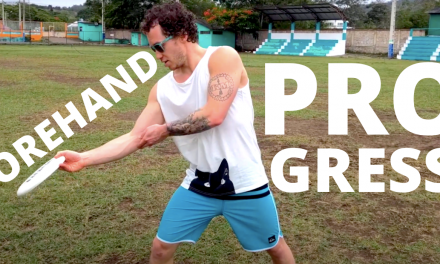 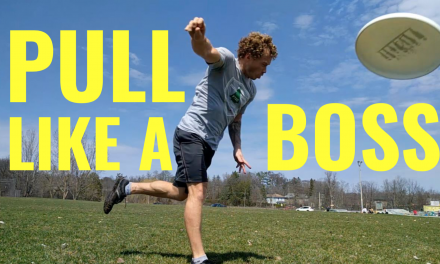 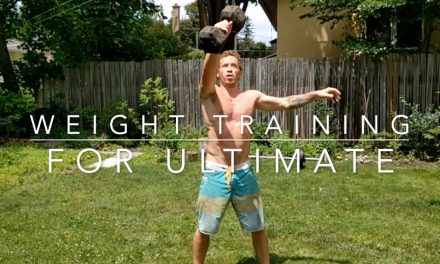 Weight Training For Ultimate Frisbee Will Make You Explosive